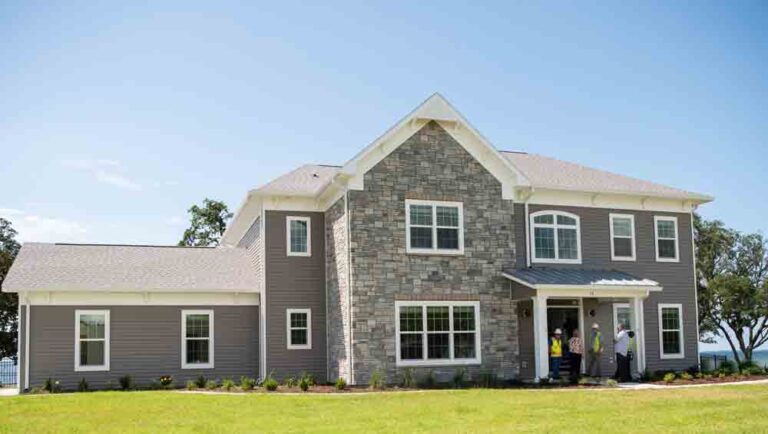 EGLIN AIR FORCE BASE, Fla. – The final housing privatization unit has been accepted into the inventory of 747 new homes on Eglin Air Force Base (EAFB), Eglin said last week.

The last unit completed is a general officer quarter, one of two here, completing a construction journey that began in 2015.

“We had our first residents move into the new housing in April 2016,” said Kathy Lawhon, Eglin housing manager.

While there’s a huge sense of accomplishment, Lawhon said it comes with the concern that the 747 new homes still leave a deficit of 415 homes, even with the 126 two-bedroom units Eglin has kept that were built in 2001.

“The local housing market has been really hot for the last 10 years and that makes it difficult for our Airmen to find affordable housing in the tri-county region,” she said.

Relief for the current housing situation may not come quickly, however, there are processes taking place to address the needs of the Airmen here.

“We currently have a new Housing Requirements Market Analysis underway to capture any additional housing shortfalls due to the current housing situation,” she said.

“We have worked hard to capture cost increases for our annual basic allowance for housing survey and Eglin’s leadership is exploring options such as the feasibility of additional on-base units, extensions of temporary lodging expense authorization, and reduced lodging rates,” said Lawhon.

Along with the new homes, Lawhon cites the numerous amenities that didn’t exist before housing privatization, such as a state-of-the-art community center, swimming pool, dog park, and more.

“Our resident’s quality of life is much higher now with the new homes and all the perks that come with our newest communities,” said Lawhon.

The original project owner was Corvias Air Force Living, however, the project was recently sold to Harrison Street in December 2021 and renamed Mayroad. The 50-year ground lease is in its ninth year, according to Eglin.