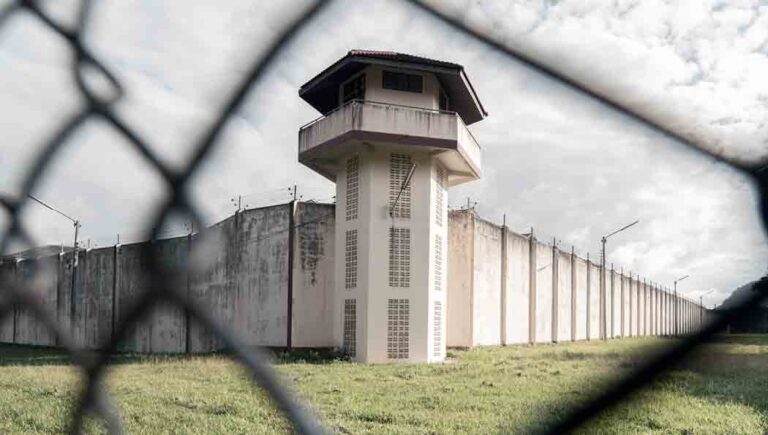 WALTON COUNTY, Fla. — A Walton County man has been sentenced to life in prison following his conviction for the murder of a 31-year-old woman in his father’s Walton County home, the Office of the State Attorney for the First Judicial Circuit of Florida has announced.

On January 17, 2023, Circuit Court Judge Kelvin Wells sentenced Storm Royal Thayer, 25, to life in the Florida Department of Corrections for the second-degree homicide of Alisha Gomez, 31. Thayer was also ordered to have no contact with the victim’s family and to pay fines and court costs.

Thayer previously entered a plea of no contest to second-degree homicide for the unlawful killing of Gomez.

According to court documents, in 2021, through her work, Gomez met Thayer’s father, Robert Thayer, and eventually moved into a mother-in-law suite on Thayer’s property. On July 12, 2021, while Gomez was asleep on a couch inside the Thayer’s residence, the defendant stabbed her over 150 times.

“While in Florida, Ms. Gomez, through her work, happened to meet the defendant’s father, Robert Thayer, and eventually moved into a mother-in-law’s suite on the Thayer’s property. Unfortunately for Ms. Gomez, on or about July 12, 2021, her air conditioner quit working in her suite, so she was forced to enter the same residence as the defendant and his father. While Ms. Gomez slept on the couch in the living room, the defendant viciously attacked her. Ms. Gomez begged and pleaded as she bled out in the living room,” said a sentencing memo filed by prosecutors.

Following the attack, Thayer placed his clothes in the washing machine, unplugged the home’s surveillance system, and left the scene with the possible murder weapon, according to court documents.

The defendant was convicted following a joint effort from the Office of the State Attorney and the Walton County Sheriff’s Office. Assistant State Attorney Josh Mitchell prosecuted the case on behalf of Ginger Bowden Madden, State Attorney for the First Judicial Circuit of Florida.