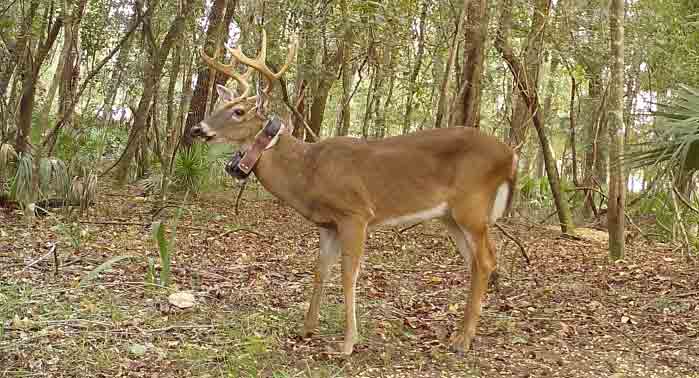 As part of the FWC’s North Florida Deer Study, deer are outfitted with GPS collars and monitored with trail cameras to provide biologists with information about population size, survival, home range and movements.

FLORIDA — The restoration of game wildlife, such as white-tailed deer, wild turkey and wood ducks, is one of the most celebrated accomplishments of modern wildlife management.

The comeback of these iconic species was the result of several factors – hunter/conservationist support, dedicated funding, creation of wildlife agencies, habitat conservation and introduction of game laws.

Division of Hunting and Game Management biologists work with the FWC’s Fish and Wildlife Research Institute, universities and other partners on research projects designed to increase knowledge that addresses specific management questions and improves conservation practices. HGM currently is participating in the leading-edge research efforts outlined below.

Now in its second year, biologists are using state-of-the-art strategies and equipment, such as GPS collars and trail cameras, to collect data about deer survival, home range and movements.

This five-year study was initiated at Ordway-Swisher Biological Station, a 9,500-acre area in Putnam County. In cooperation with the University of Florida Deer Lab, this study is being expanded in 2022 to include the Osceola Wildlife Management Area, a public recreation area in Columbia and Baker counties.

Expanding this study to a second site will allow biologists to assess the impact human activity has on deer survival, seasonal and annual movements, and use of various habitat types.

This study will provide biologists with information about how factors such as home range, movement, causes of mortality, and recruitment rates vary across habitats, management practices, and hunting regulations.

Florida is one of eight states participating in a multi-year study to evaluate and improve the effectiveness of wood duck nest boxes as a tool to increase local wood duck populations.

Research teams have fitted hens and ducklings with bands and web tags so they can identify individual hens and their offspring to determine how many return to the same breeding population from which they were hatched.

The project is also looking at why wood ducks choose the boxes they do and how to improve nest box placement and structure.

HGM is working with the FWC’s FWRI to better understand population characteristics of Wilson’s snipe, a migratory gamebird that winters in Florida.

This study is identifying the breeding regions of snipe harvested in Florida by analyzing the chemical properties of feathers collected from harvested birds. The study will then examine questions to determine if breeding regions or timing of migration have an influence on where birds overwinter in the state.

Answers to these questions will inform future conservation efforts for the FWC and others to further study breeding areas, ensuring sustainable populations for Florida’s migratory game bird hunters.

Snipe hunters can support this research project by submitting the first primary feather from the right wing of snipe harvested in Florida along with the snipe harvest form.

Snipe season runs through Feb. 15 on lands outside of the WMA system. The snipe harvest form and more information are available at MyFWC.com/Duck.

American woodcock, another migratory gamebird that winters in Florida, are the focus of an award-winning research project being conducted by the University of Maine.

HGM and FWRI are partnering with the university to document migration patterns and habitat use, and to identify likely candidates for woodcock habitat management.

University researchers and partners have fitted over 400 woodcock with satellite transmitters in 14 states and three Canadian provinces, allowing them to receive daily information about their southerly migration paths and stopovers, and reverse migration routes to northern breeding grounds.

Expanding our knowledge of this popular gamebird is important, as the species has experienced population declines over the past five decades and little is known about woodcock migration.

Hunters have long been important partners in wildlife management by providing the FWC with valuable information about what is happening in the most remote parts of the state. You can continue that conservation tradition by participating in the following FWC monitoring programs:

From June 1 to Aug. 31 each year, the FWC asks everyone to report wild turkey sightings.

Quail are another species FWC biologists monitor and you can support that effort by reporting sightings and even birds that are calling but not seen.

Reporting your quail sightings will help FWC biologists better understand the current distribution and abundance of northern bobwhite populations in Florida. Find the link to report quail sightings at MyFWC.com/Hunting/Quail.

Chronic wasting disease, which has not been detected in Florida, damages the brain and central nervous system of affected members of the deer family and is always fatal.

CWD has been detected in 27 states and four Canadian provinces and is one of the most serious diseases facing state wildlife agencies. It’s a contagious disease and once it’s introduced to an area, it can spread and substantially reduce infected deer populations.

There’s no vaccine, no cure and it’s virtually impossible to eliminate once it’s been established.

The FWC is taking a proactive approach to reduce the risk of CWD spreading into or throughout Florida. Prevention and early detection through monitoring Florida deer are crucial.

The FWC asks that anyone who sees a sick, abnormally thin deer or finds a deer dead from unknown causes call the toll-free CWD hotline, 866-CWD-WATCH (866-293-9282) to report the location of the animal. Learn more at MyFWC.com/CWD. 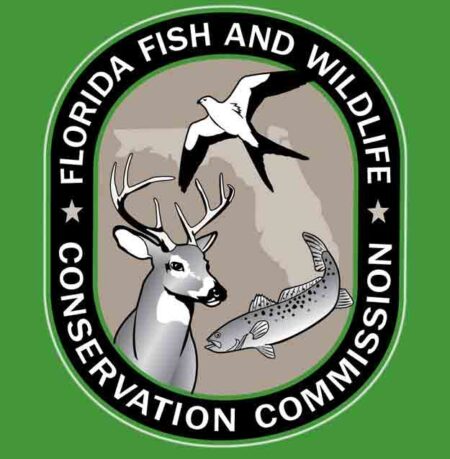 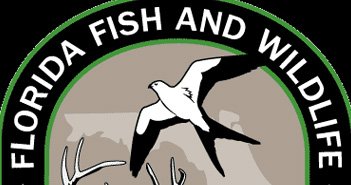 Share your input on the killing of goliath grouper 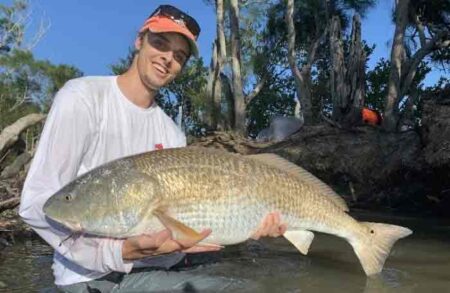