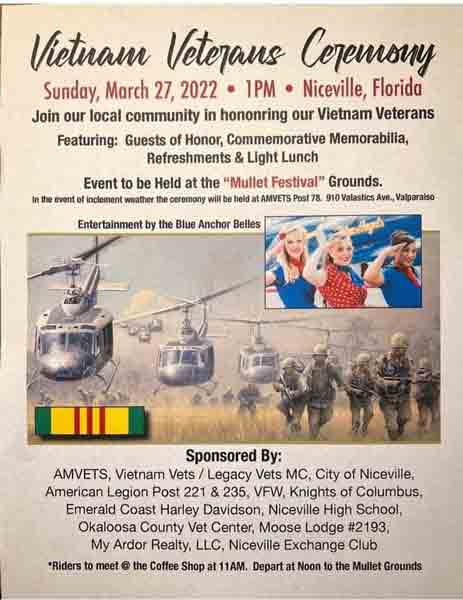 NICEVILLE, Fla — A ceremony to honor veterans of the Vietnam War will be held on Sunday, March 27, at 1 p.m. at the Mullet Festival grounds in Niceville.

The event is in recognition of National Vietnam War Veterans Day, an observance to honor the nation’s Vietnam veterans and their families for their service and sacrifice.

It is free and open to the public.

The event will feature speakers, guests of honor, commemorative memorabilia, refreshments, and a light lunch. Entertainment will be presented by the Blue Anchor Belles.

If there is inclement weather, the ceremony will be held at AmVets Post 78, 910 Valastics Avenue, Valparaiso.

The event is sponsored by various veterans organizations and civic groups, among others.

The country’s annual National Vietnam War Veterans Day is officially held on March 29. Americans are encouraged to fly the flag on that day.

The Mullet Festival Grounds is at the intersection of State Road 85 North and College Boulevard in Niceville. 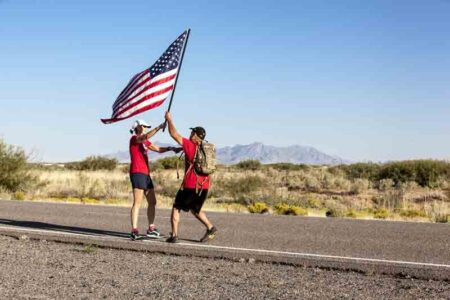