By Niceville.comDecember 7, 2022No Comments5 Mins Read 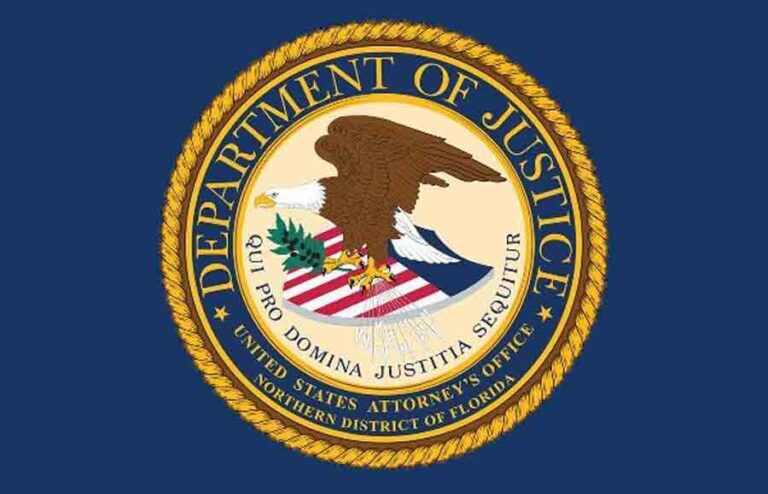 FLORIDA – A former Florida attorney has been indicted for racketeering relating to the operation of his Tallahassee law firm and investment companies, the United States Attorney for the Northern District of Florida has announced.

The indictment further alleges that during this time, Howard, along with others, knowingly, willfully, and unlawfully conducted and participated in the conduct of the affairs of the Enterprise through a pattern of racketeering activity, namely, wire fraud and money laundering.

Specifically, the indictment alleges that Howard engaged in such racketeering activity in three ways:

First, it is alleged that Howard represented former NFL players in a class-action lawsuit who were eligible for settlement payouts from the NFL, and as part of that representation, Howard fraudulently enticed his clients to invest their retirement funds with his investment companies.  However, it is also alleged that Howard failed to disclose and misrepresented to these former NFL player investors the structure of the Enterprise, the conflicts of interest, and the criminal background of persons associated with or employed by the Enterprise.

It is further alleged that Howard failed to disclose and misrepresented the true nature of investment companies’ funds and the actual investments made by the former NFL player investors.

The indictment also alleges that despite reassuring investors that their money was secure, Howard never informed them that almost none of the investment funds yielded a return and failed to disclose that the investment funds had been commingled with funds used to operate his law firm and to issue payroll for its staff, pay Howard’s home mortgages, and otherwise personally enrich Howard.

It is alleged that Howard and others fraudulently obtained and attempted to obtain over $4 million through such conduct.

In reliance on this false promise, it is alleged that the investor transferred additional proceeds to the investment company.  The indictment alleges that several months later, the investor was falsely told by Howard that the real estate investment funds were secure and would be returned to her.  It is alleged that Howard fraudulently obtained and attempted to obtain over $520,000 from this investor through this conduct.

Trial for Howard is scheduled for January 30, 2023, at 8:15 a.m., at the United States Courthouse in Tallahassee before the Honorable United States Chief District Judge Mark E. Walker. Howard faces a maximum penalty of 20 years in prison for racketeering and a maximum term of 3 years of supervised release following any prison sentence that is imposed.

This case resulted from a joint investigation by the Federal Bureau of Investigation and the Internal Revenue Service–Criminal Investigations, with assistance from the U.S. Securities and Exchange Commission.  Assistant United States Attorneys Justin M. Keen and David Byron are prosecuting the case.

An indictment is merely an allegation by a grand jury that a defendant has committed a violation of federal criminal law and is not evidence of guilt. All defendants are presumed innocent and entitled to a fair trial, during which it will be the government’s burden to prove guilt beyond a reasonable doubt at trial.