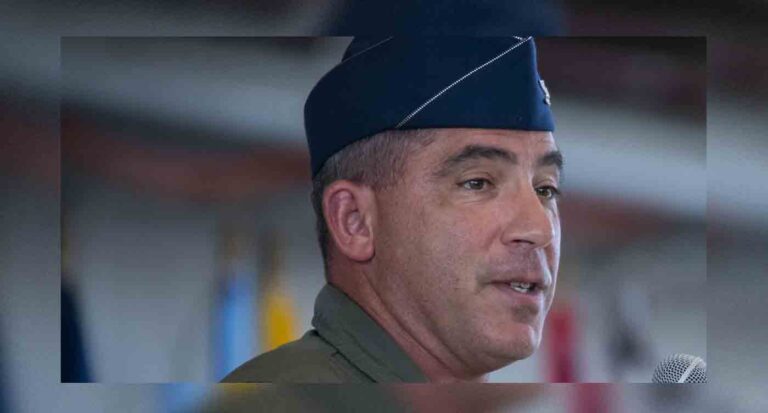 Col. William Young passed the guidon to the wing’s new leader at the ceremony. The wing also bid farewell to Young, who retired from the Air Force the same day.

“IOC on Monday was just the first waypoint on a long path that will continue for years,” said Bass.

The new wing, which stood up in 2021, was the first of its kind, with its mission to enable, equip and optimize fielding capabilities to give the U.S. and allies a sustainable, competitive advantage over adversaries in the electromagnetic spectrum.

The wing provides maintenance, operational and technical expertise for electronic warfare in support of the Combat Air Forces, Eglin Air Force Base said in a statement.

Koslov takes the reins after completing a deployed assignment as the 609th Air Operations Center commander at Al Udeid Air Base, Qatar.

“Our mission is simple.  We’re going to dominate the spectrum and win,” said Koslov.

“To do this, we’ll continuously deliver relevant warfighting capability to warfighters.  Our wing and the way we think is the weapons system.”