As the F-35A Lightning II prepares to fly north in 2020, the Vermont Air National Guard sent an Airman to Eglin Air Force Base to become the first National Guardsman to graduate from the Joint Strike Fighter program’s Intelligence Formal Training Unit. 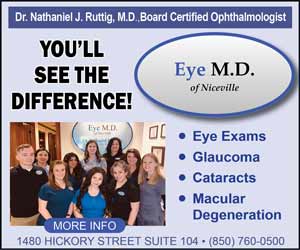 “[The course] was fantastic,” Clements said. “There were a lot of points for discussion for how they’re all going to work together to support the platform in the future.”

The mission of the 33rd Fighter Wing is to train outstanding professionals with a vision to take the F-35A to initial operations capability and beyond. To date, 62 students have graduated from the IFTU, and the school will expand to train an additional 10 students per class from all three military branches, to include the ANG and reserves.

The U. S. Air Force selected the 158th Fighter Wing in Burlington, Vermont, as the first Air National Guard unit to fly the Lightning II because of the ideal mixture of infrastructure to support operational training requirements of the jet, airspace and overall cost to the Air Force, according to Timothy Bridges, Deputy Assistant Secretary of the Air Force for Installations in a 2014 interview.

The VT ANG vision is to be innovative and provident in their approach to mission and resources by professionally developing their airmen and civilians. By sending Clements to the IFTU, the Vermont intelligence community believes they are taking the right step in accomplishing this vision.

“The technology capabilities of the F-35 require robust, in-depth training for our analysts,” said Lt. Col. Laura Caputo 158th OSS senior intelligence officer. “Captain Clements’ successful completion of this course paves the way and launches our shop down this road, ensuring our readiness when the jets arrive.”

The 18 F-35A’s headed to the VT ANG will replace 18 F-16CM Fighting Falcons assigned to the 158th FW. This exchange will offer joint training opportunities with F-15C Eagles from Barnes Air National Guard Base, Massachusetts, the 10th Mountain Division at Fort Drum, New York, and the CF-18 Hornets at Canadian Forces Base Bagotville in Quebec.